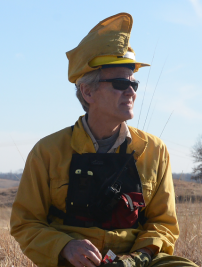 Bastard toad flax (Comandra umbellata) is a hemi-parasitic plant prominent in most of the remnant prairies at Nachusa Grasslands.  It is known to lightly parasitize most all of its neighbors.  Despite collecting thousands of seed over the past 20+ years, we have had virtually no germination in our plantings.  We tried every imaginable combination of scarifying and stratifying, various planting depths and addition of soil from existing stems. 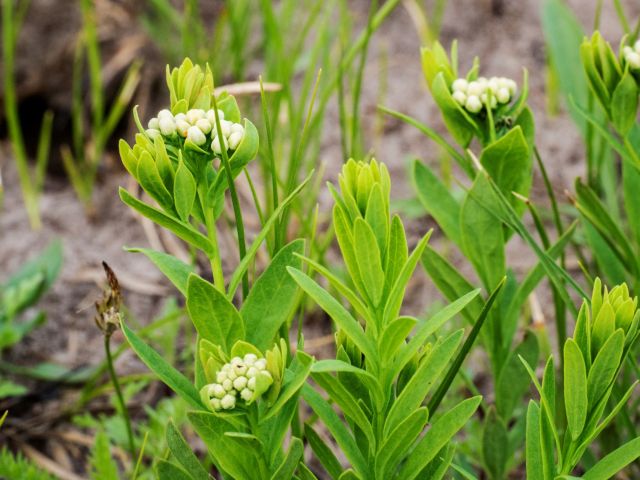 We decided to try a genetic rescue.  We’d move pollen from one population more than a mile to the receiving population and hope the resulting seeds would germinate.  The biggest challenge is that Comandra flowers are a few millimeters across.

With high precision tweezers under a microscope my wife harvested tiny pollen bearing anthers.  She then delivered it to the stigma of the receiving flowers that had been previously bagged with nylon netting to prevent the regular pollinators – flies and small bees – from beating us to it.  I held each stem against the wind, and she dabbed the stigmas with pollen, carefully avoiding the five surrounding anthers.

We’ll soon collect the resulting fruits, plant them, and hope to see seedlings next Spring.  In the meantime, the Chicago Botanic Gardens is looking for mycorrhizae associations among the various populations and a separate genetic analysis to determine if the Comandra is all part of a mammoth clone or distinct populations that we might cross pollinate. 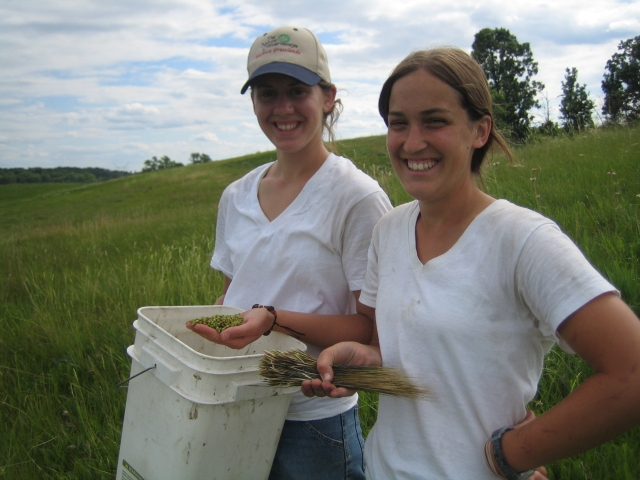 2005 crew at Nachusa who collected Commandra and Stipa.

Update: Our limited experiment of twenty-five transfers yielded only a single fruit. But Emma Leavens, the researcher from Chicago Botanic Gardens, subsequently determined that some of our Comandra populations are significantly different genetically from others. We will use that information next year to select the most promising matches for cross pollination when we try a larger sample.

Bill Kleiman publishes this blog. Bill's daytime job is manager of Nachusa Grasslands. We are looking for guest authors on various topics of grassland habitat restoration. Contact me with your ideas or drafts.
View all posts by Grassland Restoration Network blog →
This entry was posted in Uncategorized and tagged Comandra, toadflax. Bookmark the permalink.