On December 13th the Northern Illinois Native Seed Network held its 5th annual native seed exchange and potluck. In the 5 years since its inception the group has grown to include conservation focused groups from across the northern Illinois region. The members of the network cover a wide range of organization type; non-profit, land trusts, county forest preserves, conservation districts, park districts, and educational organizations. Our organizations vary in structure, size, funding, and land holdings but we all have similar goals and visions. This network allows us to share essential resources; seed and knowledge.

The Network was the brainchild of Ed Cope. This is how he described the origins:

“I had previously worked for Winnebago County, and after moving over to NLI (Natural Land Institute) I was surprised to see just how different our seed resources were even within the same county.  Species that Winnebago picked poundage of NLI could barely find, and vice versa.  So I started asking the other neighboring entities – Boone, Byron, and Rockford Park District – what kind of rare stuff they had, and if they’d be willing to trade.  It was immediately obvious that there was a good opportunity here, and the idea of expanding it into a larger network followed pretty quickly.”

Ed moved west last year for grad school and left the leadership of the group to Aaron “Ace”Minson from Boone County Conservation District and Josh Clark from DeKalb County Forest Preserve. The group goals remain the same; share locally rare and uncommon seed, work together to restore historically common species that have declined, share seed resources that may be common for some  in the group but not others, and share knowledge and information about seed collection, processing, storage and mixing.

One of our major initiatives has been the growing and sharing of focal species. This past year our focal species was Hypoxis hirsuta (Yellow Star Grass).  Hypoxis hirsuta used to be common throughout the tallgrass region in prairies ranging from dry to moist, but now it is fairly uncommon. We felt that Hypoxis hirsuta was an ideal selection because multiple agencies had a little bit to offer, leading to a pretty substantial seed resource or at least more than one agency could have collected on their own. We are hopeful that going forward we can identify similar, regionally rare species, which we can assemble into a significant shareable seed resource and enhance their prevalence in the region.

The Hypoxis seed that was collected in 2019 was distributed to four organizations. Each organization is using different methods to propagate or create populations. We will base our future growing methods for Hypoxis on our successes this year. We hope to eventually have enough seed or plants that each organization in the network will be able to try and establish populations on the lands they manage.

The idea is fairly simple. Share what one has in excess with the other who has none of or very little for the benefit of the whole. Increasing plant diversity by sharing seed resources benefits the organization, pollinators, bugs, birds, the public and the ecosystem as a whole. We have come a long way from scouring cemetery prairie remnants for rare seed to the point where we are able to share these rare genetics across our region and attempt to save, restore, and recreate a little of what has been lost to progress and time. 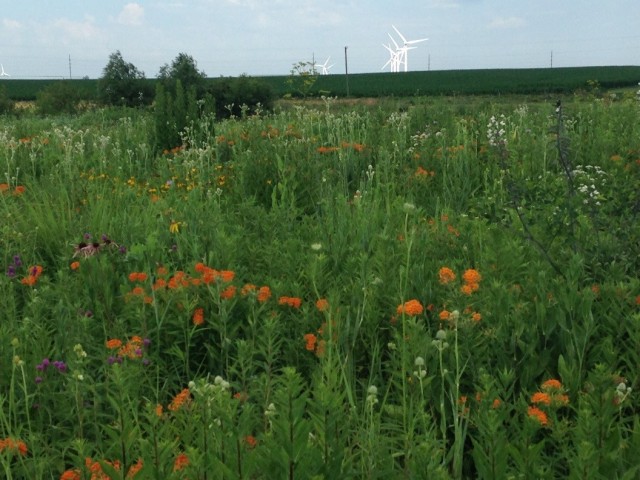 “Though I do not believe that a plant will spring up where no seed has been, I have great faith in a seed… Convince me that you have a seed there, and I am prepared to expect wonders.” – Henery David Thoreau