The Case of the Undead Buckthorn (Foliar Treatments with Triclopyr Herbicide) 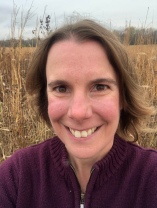 We have had a recurring issue over the past decade with common buckthorn (Rhamnus cathartica) not truly dying after being foliar treated with triclopyr 3A herbicide in dolomite prairie habitats.  The buckthorns are 2-5’ tall, multi-stemmed re-sprouts that have been repeatedly top-killed by fire over the past several decades.  The buckthorns appear to die properly at first.  After the foliar herbicide treatment, the leaves yellow, then turn brown and fall off prematurely.  However, lots of the shrubs re-sprout vigorously the following year.  This has happened with foliar treatments done in the early summer, late summer, and fall.  Apparently buckthorn is a calciphile in its native habitat, so perhaps it is just particularly hard to kill in calcareous habitats here?  Has anyone else observed buckthorn or other invasive shrubs appearing to die after foliar herbicide treatments, only to rebound vigorously the following year? 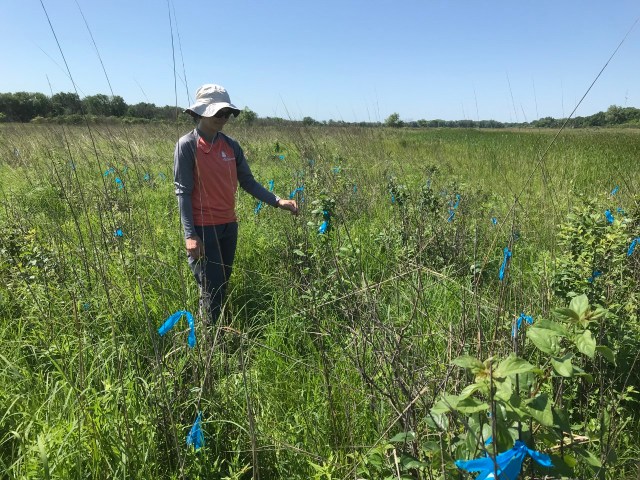 Photo 1 caption:  Undead buckthorn.  Many of the buckthorns that had been foliar treated with triclopyr herbicide re-sprouted vigorously the following year.  Photo taken a year after the herbicide treatment.

Buckthorn does seem to die reliably from cut stump and basal bark treatments of triclopyr 4 herbicide in bark oil, in the same dolomite prairie habitats.  Therefore, I hypothesized that perhaps the ester formulation of triclopyr might be more effective than the amine formulation.  To test out this theory, I marked buckthorns that were foliar treated with triclopyr 3A or triclopyr 4 at concentrations of 2%, 5%, or 10% during September 2018 at Lockport Prairie.  All treatments included 1% MSO and 0.4% PenATrate II surfactants.  Around 50-100 shrubs were included in each treatment.  We put color coded flagging on each treated buckthorn to keep track of its treatment type.

All of the treated shrubs appeared to die after treatment; their leaves turned brown and fell off prematurely last fall.  However, many of them rebounded vigorously the following spring.  Contrary to my expectation, I didn’t see any significant difference in mortality rates between the two different formulations of triclopyr (3A or 4), as evaluated 1 year after treatment (YAT).  However, there was greater mortality using the 10% concentration of triclopyr herbicide compared to lower rates.

2% Concentration.  Despite the promising results immediately after treatment,  less than 10% of the buckthorns that had been foliar treated with 2% triclopyr were dead this summer (1 YAT); nearly half of them had re-sprouted vigorously from the base while the rest of them fully leafed out from the top.

5% Concentration.  Less than 25% of the buckthorns that had been foliar treated with 5% triclopyr were dead this summer (1 YAT).  Around one quarter of them fully leafed out from the top, while around half of them resprouted vigorously from the base.

10% Concentration.  Around 70% of the buckthorns that had been foliar treated with 10% triclopyr were dead this summer (1 YAT).  Conversely, nearly one-third of the treated buckthorns had resprouted and were still alive.

Based on these results, I would recommend using 10% triclopyr as a foliar treatment and be sure to follow up on re-sprouting individuals the next year.  Or, I might try basal bark/base spraying them with triclopyr 4 in an oil-water emulsion.

Bottom Line:  Beware of invasive shrubs appearing to die right after foliar herbicide treatments, only to re-sprout the following year.  Has anyone else experienced a similar thing with buckthorn or other invasive shrubs?  I find it hard to believe that our buckthorns are truly unique.  It is a shame to spend time and money on treatments that are not effective.  Plus, herbicide treatments cause collateral damage to other plants.  It is a double shame to kill off-target species and not actually achieve the goal of addressing the invasive species population.  Mark some of your foliar treated shrubs and check them next year to make sure that the treatment actually worked.  Do you have undead invasive shrubs too??

Bill Kleiman's daytime job is manager of Nachusa Grasslands. We are looking for guest authors on various topics of grassland habitat restoration. Contact me with your ideas or drafts.
View all posts by Grassland Restoration Network blog published by Bill Kleiman. →
This entry was posted in Uncategorized and tagged buckthorn; Rhamnus cathartica; foliar; triclopyr; herbicide. Bookmark the permalink.