Below I am carrying a bottle of broadleaf herbicide in a nail pouch and a “Parsnip Predator” weed spade.  This weed spade is offered by The Prairie Enthusiasts.  They have a nice description online.  The spade is light weight and effective at spading parsnip, poison hemlock, and burdock.  It is also great for loosening soil around sweet clover to make them easier to pull.  You can lean on the spade handle so your back does less work.  You can dig an occasional birdsfoot trefoil.  You dig a tiny hole.

Below is a weed spade with a white sweet clover root. The spade loosens the soil and makes pulling these plants easier on your back.

Below, the right one is the Parsnip Predator weed spade which was made from a standard spade, similar to on left, with metal cut away to make it light weight.    I have one that is a modified Green Guard spade.  Note handle is re-mounted to be 90 degrees which should be easier on the wrist.

Below on the left is a narrow spade I purchased and cut it with a torch and ground it to my liking.  Originally it was a single point to the center and would deflect off of roots.  Here, the center of the tip is notched “upwards” in the middle so the spade stays on the root and cuts it.

These are all Big Box store purchases. That left spade is not good because you can’t get your heal on the spade to push. The others are fine. 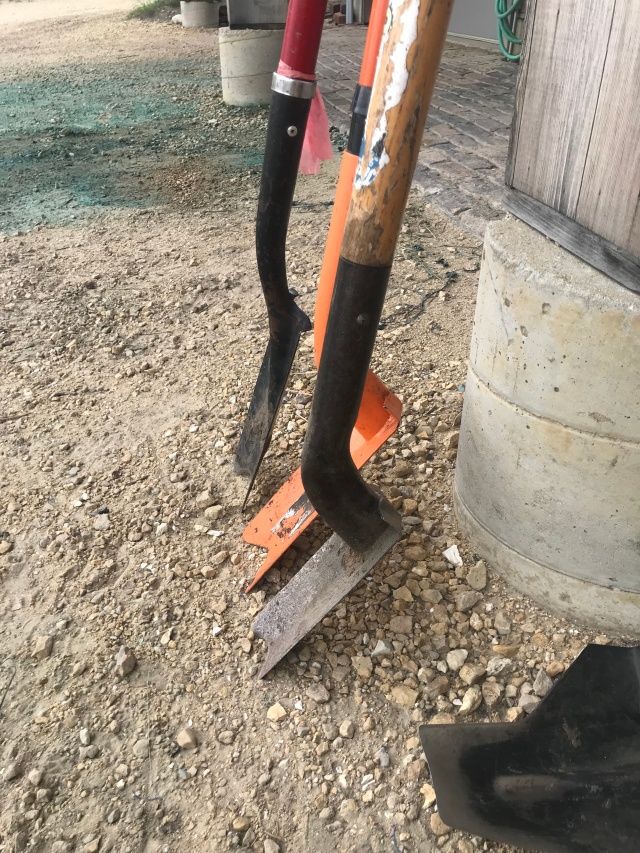 Below are a few version we have. The left one is my least favorite with no heal.  Then the orange Ridgid is fine at 4 pounds and looks unbreakable. We have a Jackson J250 that looks the same.  Next, the wood handle Ridgid (and we have a Kodiak brand too) weighs 3.5 pounds,  and the Parsnip Predator of TPE at only 3 pounds.

Which one do you want?   If you have rocky soils the Predator blade can bend and be ruined, but it is shorter and lighter and fits in my vehicile bed easier and I tend to use it. The two in the middle are perfect for young crew with less restraint. 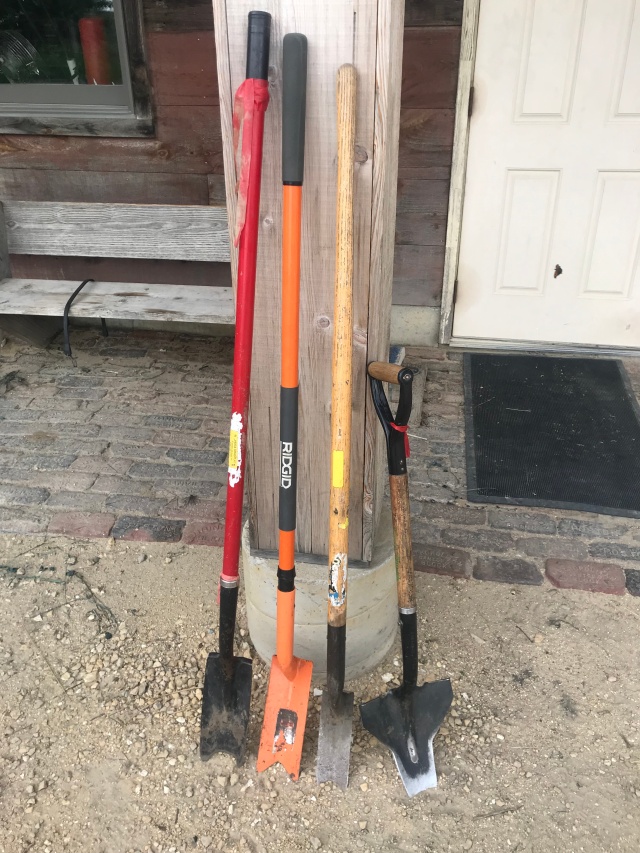 Bill Kleiman publishes this blog. Bill's daytime job is manager of Nachusa Grasslands. We are looking for guest authors on various topics of grassland habitat restoration. Contact me with your ideas or drafts.
View all posts by Grassland Restoration Network blog →
This entry was posted in Uncategorized and tagged parsnip, spade, sweetclover, weed spade. Bookmark the permalink.